Home / STORYLINE / You will Remember 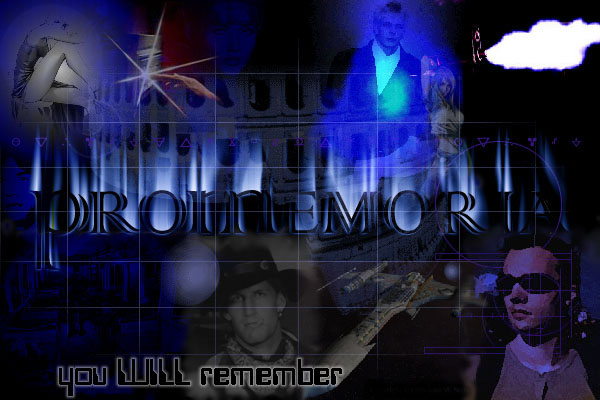 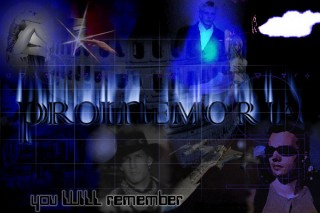 the year is 2064
In one of the European Union metropolises, high-technology and comfort exists right beside poverty and endurance, as it does in modern society worldwide.
The climate is much more moist and hot these days, and rain seems to always pour down, although temperature is between 20 and 30 degrees.
The environment in the metropolis is polished beautiful and clean, yet very hard and cold beneath the surface.
Crime and corruption rules the streets at night, and stretches all the way up to government and military at day.
In what ever direction you may look, if you look just a little bit deeper, you will find that everything is pulling to the extreme.
In this environment our story begins…

Persona (in order of appearance):

LAST DAY OF THE FOOL

[SCENERY: THE OUTDOOR BAZAAR, PANNING DOWN BELOW INTO THE UNDERGROUND GARAGE]
The Fool has done some research, being a hobby private eye, and found disturbing facts that links certain violent crimes to a man known as the Shooter. More important, he has actually found the identity of the Shooter. He contacts the Shooter and threatens to expose him, if he doesn’t retire from his criminal activitys.
The Shooter sets up a meeting in an underground garage, to discuss this matter. There the Fool tells the Shooter that he’s not backing down, he cannot be scared or bought, cause he believes in higher ideals than that.
The Fool makes a huge miscalculation of exactly how dangerous the Shooter is.
[the Shooter]: – It’s time for your pavlovian response class…
The Fool gets brutally killed.

[SCENERY: THE LUXURIOUS HOME OF ”THE SHOOTER”]
The Shooter may be a very bad guy on the streets, a man feared all the way up to the men in high places, but at home his wife is not impressed. She is not at all intimidated by his hard killer notions. She doesn’t care that he is probably one of the most ruthless and dangerous men in the criminal world.
This of course frustrates him, not being respected by the beautiful woman that he actually cares for. She thinks he’s un-compashionate, that he’s always spending his time ”doing business” instead of being a loving husband.
And they disagree on everything.
The fact that his money buys her luxuary wardrobes and cars does not make her satisfied, so she nags, nags, nags… causing a lot of Non Constructive Arguments…
[the Shooter]: – I am not un-compassionate!
[the Wife]: – Tell me what to do!
[her brother, M.C.]: – That’s the wrong question.

After discoveriong the plot, the Main Male and Female Characters are hunted prey by both the police authority and the Shooter’s gang. Not only running from people who wants to see them dead, they also race against time to be able to prevent the disaster that the plot will lead to. And all around them the echoing mantra channelled through all media: ”there is nothing to fear, everything is safe, stay calm”.
[the Male main character]: – Anyone who wants to can leave.
[the Female main character]: – I’m not leaving without you!

[SCENERY: INSIDE THE VIRT-YOU-ALL]
The Virt-You-All is the new total entertainment hype in the virtual media section, all developed and successfully marketed by Itzavision Worldwide. The device is a machine that scans your brain, reads your personal files and history, and put together ”tells your future”. Or rather, you get to meet your own generated future alter ego, who will tell you your future history, and how well you’ve done in life. Everyone is doing a scan by this fantastic machine, while paying big bucks for the fun, to be a part of the hype surrounding it. Of course, noone with their senses right believes that the machine is anything but a bogus high-tech joyride created just for fun entertainment; everyones’ predicted future comes out as a perfect success story.
But something goes awkwardly wrong when ”the Cop” enters the machine one late afternoon. After input of info and being scanned, he meets an angry and bitter future alter ego, banning him for the total failiure he has/will become. This should not be possible to happen, and certainly NOT what he expected.
[the Cop]: – I’m a failure!
Shocked he leaves the machine, but this event actually becomes a huge turning point in his life. Cause the machine was right… he is nothing but a failure.
So he decides to turn his life around, starting with his work as a cop. No more bribes to look the other way, no more taking the easy way.
And he starts by getting into the case of a brutal murder commited in an underground garage a few months earlier…

VISION OF A BETTER HERE

[SCENERY: THE OFFICE OF THE OFFICIAL SPOKESMAN]
Working as an Official Spokesman is easy when you are an expert in denying facts. In fact this guy is so into denial that he spends most of his time fantasizing about ”The Perfect World” on Mars, where noone is sick, noone is poor, noone suffers, and he himself is King. He calls his fantasy ”Vision of a Better Here”. But sometimes, to his great despair, reality comes knocking, desturbing his perfect escape.

[SCENERY: VARIOUS PLACES]
The Cop has found out the identity of the Fool’s killer – the Shooter. And he continues to investigate, turning it to a private crusade against the Shooter. And he does this totally open, even contacting the Shooter telling him what he’s up to. The Shooter is amused at first by this relentless cop who won’t back down. Little does he know that this will lead to his downfall, cause for the Cop this is all or nothing. It is his new way of doing things, to prevent becoming a failure…
[the Shooter]: – Please, continue…
[the Cop]: –

You gonna see me again real soon, and it’s not a damn thing you can do about it.

[SCENERY: PRESS CONFERENCE REGARDING RUMOURS OF AN UPCOMING DISASTER]
The Official Spokesman assures the media that the rumours circulating regarding a disaster about to happen is totally unfounded. ”There is nothing pointing in the direction that this is true”.
But one of the reporters knows differently. He is in search for the Big Scoop, and has done some serious digging, and so been in contact with the Main Characters. So he confronts the Official Spokesman with facts he’s found, regarding a plot to cause this disaster.
There is no problem for the Official Spokesman to deny these facts, after all he’s an expert in denying reality…
Being somewhat the laugh of the day at the press conference after his ”facts” been cleverly turned to fairytales by the Official Spokesman, the Reporter explodes with anger and demands that the spokesman stops lying, and even threatens to sue him if he doesn’t speak. ”How dares he denying me my Big Scoop??”

[SCENERY: ITZAVISION BROADCAST, AND THE OFFICIAL SPOKESMAN’S HIDEOUT]
When reality catches up with the official lies, the Reporter becomes the new hot shot media celebrity. Now hosting his own Itzavision talkshow, he dedicates his time in blaming and hunting down the Official Spokesman. Now on the run from authoritys and taking the blame for not informing on the imminant disaster he knew about all along, he can’t escape reality anymore.

[SCENERY: VARIOUS PLACES]
The Cop gets the Shooter after a hideous shoot out. This illusive criminal is finally brought to justice for some of his crimes, most of all for being the operative part in the plot to cause the disaster.

[SCENERY: MAXIMUM SECURITY OFFICE BUILDING OF A HIGH PLACED MAN]
The Female Professional escapes the shoot out. Understanding later on that the High Placed Man who hired her in the first place now is covering his tracks by trying to get her killed, sets her on personal vendetta. She gets by security in the official building and confronts him. He tells that it’s just her imagination playing tricks on her.
[the Female professional]: – My imagination’s got nothing to do with it.
[a High Placed Man]: – What are you gonna do?
[the Female professional]: – I will kill you.
She guns him down.
Security enters the office a few seconds later and guns her down. The Cop arrives shortly after and while she lies dying she unravels this story to him…